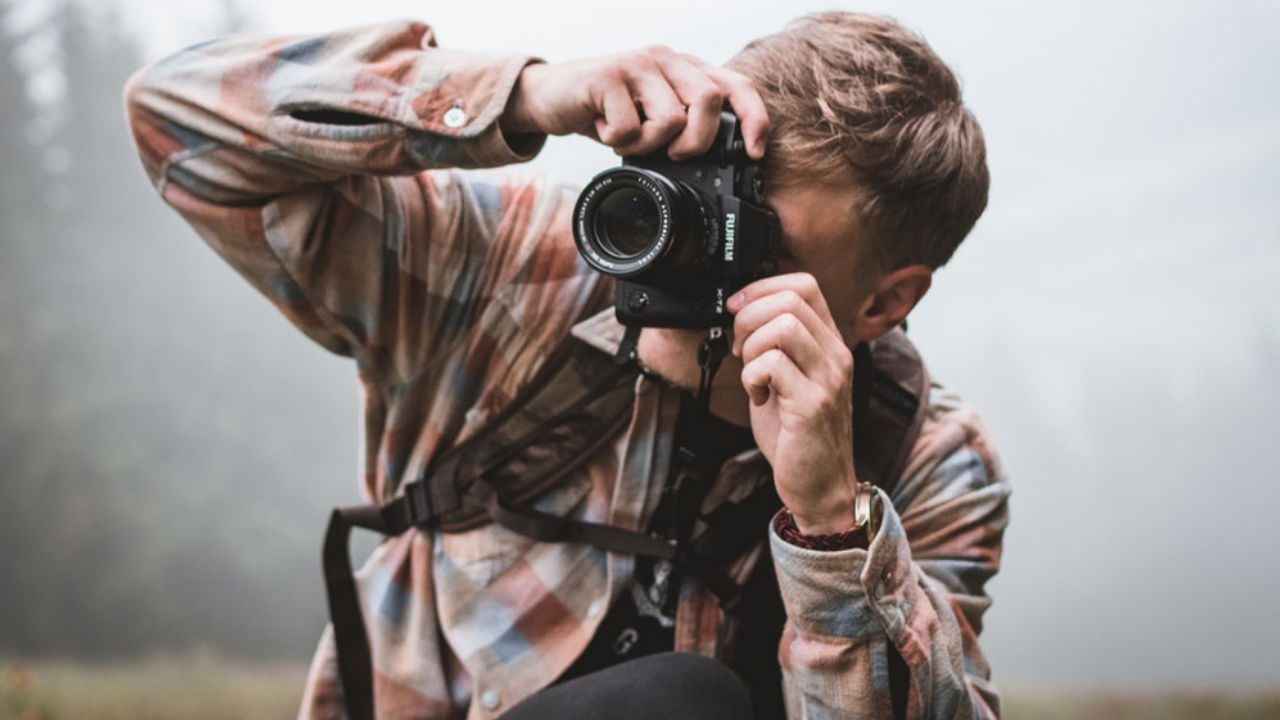 The job of a photographer a couple of decades ago was more or less predictable. Either you were shooting visitors in ateliers from morning till night, or you were traveling around the country making reportage photos for newspapers. Now there’s more variety: studios with different sets have replaced studios, and a medieval ghost may appear in the lens… a medieval ghost.

I’ve been a studio photographer for about seven years now. I was hired despite not having much experience in streaming shoots. And then the harsh school of life began: you either had to work fast and well, or look for another job. I survived.

It is true that over such a long period of time there was a professional burnout. Working in the studio gives me a feeling of stability, which is compensated for by inadequate pay. But much worse, that streaming filming kills creativity – it inevitably affects the result. People sometimes come to the studio not only without any idea of the final result, but they don’t even have any desire to take pictures. For example, they do it in order not to lose a gift certificate. Often such a visitor first of all says that he does not like to be photographed. And even if he really wants to be photographed, it’s not that he has no specific wishes, but even a general idea – what he wants to get.

I divide studio visitors into “alive” and “not alive”. A tired person is “lifeless” for me, I am not Stanislavsky, in order to beat out, to gouge out, to forge out the necessary emotions. But in an interesting, comfortable environment a person “comes to life” in front of my eyes. This is always very interesting and pleasant to watch. Often a visitor who has declared a negative attitude to photography from the doorway, then thanks, saying that he expected something scary and difficult, but in the end had a very pleasant time. And that’s really great!

The trouble is that the studio environment is not comfortable for anyone. It is especially difficult to work with children in this regard. No, I am not against photographing children. Moreover, I have many regular clients with children whom I shoot regularly. For them, my photo sessions have already become a kind of family ritual. And for me, too. But kids are afraid of the studio and the photographer, they don’t understand why they are here and why they have to act and look where they are told to… In my opinion, it’s just cruel to them. Of course, there are exceptions: children who like to pose or are interested in trying a new game with their parents and the photographer. But that rarely happens on a stream.

Usually a studio shoot reminds me of a fight without preparation. First of all, the photographer has to give out at least a hundred photos in an hour, and you have to focus not so much on the client’s wishes, as on the conditions of the studio. Secondly, visitors don’t have time to articulate their desires. Maybe the client needs not a lot of different shots, but a photo in one image, but taken perfectly. Or I, as a professional, see that with this person it is better to take a photo in one or two angles, bringing it almost to perfection. But I have to drive him through all the standard poses and studio corners, controlling him like a puppet: hand to the right, head to the left… Otherwise I get a lot of negative comments from the bosses for the abundance of identical pictures.

There is no time to explain why you are doing it that way, which also kills the “vividness” and sincerity of the photographs. The flow is always formalistic.

More information on this topic can be found in ConsultantPlus. The experts have prepared many instructions and samples for the personnel officer. Use free access to find the right ones.

Where do ideas come from

The source of inspiration can be costumes or a historical era, an interesting interior, a cityscape. I’m already on autopilot looking for the right places to shoot: if I see a cool old building that is not crowded at certain times, I write down the address for the future. I can no longer do without notebooks: I record any interesting information I see in a book, on the tour …

Yes, it is also interesting with books: I read, and before my eyes there is a very vivid picture – how to shoot it, what light to put. And when some time later I come to shoot and re-read that book to clarify some details, I find that the visuals that have arisen in my mind are not there! I think this is a special merit of the author, few people can conjure up an entire film in the reader’s mind without giving specific descriptions.

Travels and visits to palaces and castles give a lot of ideas. They’re good for doing historical storytelling. The idea for one of my favorite (to date) photo shoots came just from a trip.

The Legend of the White Lady

Once I and a poet friend, traveling through the Baltics, read in a guidebook the legend about the ghost of the White Lady in the bishop’s castle in the Estonian town of Haapsalu. In the Middle Ages there was a knightly-monastic order with a very strict charter. When one of the monks fell in love with a local girl, he took her to his cell dressed as a singer. When the story unfolded, they were bricked up in the castle walls, and separately. The girl’s white silhouette still appears on the wall of the chapel.

The legend made a strong impression on both of us. A friend literally a day or two later wrote a poem on the subject, and I took away the idea of the photo shoot, which I was able to implement a year later. I found a suitable model, and she ordered a white double-layered suit, which at the same time reminded me of a monk’s garment and created the effect of incorporeality and ghostliness. The photo shoot took place in the interiors of the castle.

The photo shoot was at night and the next day I went to take pictures of the castle and baptistery in natural light. A museum worker or pastor (at least he was dressed very strictly) came out and took me into the museum (through the service entrance) and showed me the wall on which I could see the ghost. It turns out that the moonlight coming through one of the Gothic windows at certain times looks a lot like a white female figure.

My dream is to work for myself, maybe even with a steady circle of clients. I’d like to be able to choose the order, to give up uninteresting work. Although now is not really a situation where you can give up something.

In principle, it is more advantageous for the client to go to the photographer privately, rather than through the studio. There is an opportunity to discuss a shoot (even a regular family shoot, not just a costume shoot), then both the doer and the client will be ready for it. And a good creative photo shoot is practically unrealistic: it involves a specific artistic idea that is not born in a few minutes.